There’s more to the world of cars besides a trusty old Prius that never goes above 80 mph. Human ingenuity has shown itself repeatedly, and we keep improving on old designs each year. If we were to go back to the mid-21st century, you’d be driving a steam car with a top speed of 33km/h. We bet you appreciate that trusty old Prius more now.

That’s enough reminiscing about the past, we are here to talk about the present, where the high-tech vehicles are. High-performance vehicles are very different from your regular cars; before we dive into the big names, let’s look at what sets them apart.

The Difference Between High-Performance Cars and Regular Cars

High-performance cars are made with one goal in mind, to be the fastest. Look at the Ferrari 458 special, it has a starting price of $500,000, but you’d be in for a surprise if you expected it to come with a radio. Nonetheless, the wealthy are still buying it in droves because it excels at what it does, be fast. How is a car like the Ferrari 458 special different from a run-of-the-mill Nissan Altima, and why are these cars so powerful?

The engine is the heart of a car, and supercars have the best engine money can buy. The typical economic-driven city car will have a 4-cylinder engine or at best a V6. Supercars need all the power that can be mustered; you’d often find a V8 or V12 engine under their hoods.

As we said earlier, super fast cars are built with one purpose in mind, to go fast and their structural design attests to this. The materials used are meant to be lightweight and strong, this helps reduce the overall weight and increase the speed.

The sleek and futuristic designs of high-performance cars aren’t just for show; it’s mainly to increase their aerodynamic properties. This helps with downforce and also improves acceleration and top speed.

The Fastest Cars On The Planet

The name “Bugatti” has become a household name that represents luxury and fast cars; even non-car enthusiasts are familiar with it. The 2020 Bugatti Chiron screams” my owner is loaded,” from the sleek sensual curves, beaming headlights, and lush leather interior. It deserves to look this good, the price tag does start at $3,000,000 after all.

The 2020 Chiron lives up to its name delivering power at insane levels, The entry-level car boasts a whopping 1500 hp. It’s all thanks to its 16-cylinder turbo-charged engine; 0-60mph happens in 2.3 seconds.

Koenigsegg is no stranger to the supercar scene. For over 2 decades, they have been satiating the speed lust of their deep-pocketed clientele. The Koenigsegg Agera RS lives up to the company’s reputation, the first thing that comes to mind when you see its jet-like design is “speed.”

When you start that twin-turbo V8, hop into the finely finished cockpit and feel how low you’re to the ground, you can instantly tell the Agera RS is a performance beast. This car has held the world’s top speed record at a staggering  227.9mph. 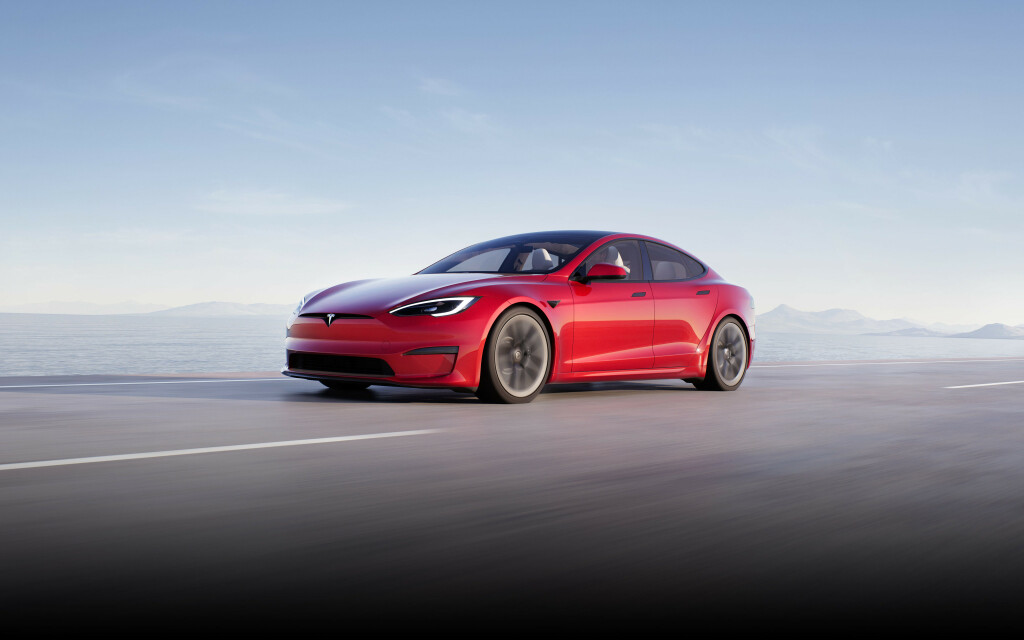 It’s safe to say Tesla has become a household name, for most, a status symbol. As a little bonus, you get to look down on your neighbor’s green house-killing, diesel-consuming truck.

The price tag for this car starts at $100,000. For that price, you’d be getting a panoramic top, a 17.0-inch entertainment center, high-quality detailing, and a sedan that goes from 0-60 in 1.99 seconds. Mouth-watering figures like this are possible with the help of the electric motors located on each of the car’s axles and Tesla’s ingenuity. The Model S Plaid is fully eclectic which means torque is delivered instantly.

Carbon fiber lovers would instantly fall in love with the Hennesy Venom F5 and its carbon fiber chassis. It’s all in a bid to make this car light and durable. The Venom F5 is about exclusivity and there will only be 24 ever made.

The SSC Ultimate Aero is easily characterized by its butterfly wing doors and aggressive engine sound. It is powered by a twin-turbo V8 engine capable of delivering 1,300 horsepower at the push of a pedal.  The SSC Ultimate Aero has an exciting past, it held the record for the world’s fastest car until it was ousted by the Bugatti Veyron super sport.

Unfortunately, production of this car was halted in the year 2013. At its launch, if you didn’t have up to $700,000 you couldn’t drive this mechanical beauty home.

The 9ff german company is well known for tuning racing cars, and their personal favorites are Porsche cars. When they rolled the 9ff GT9-R, it was easy to see the Porsche roots, what you won’t expect is the setup under the hood.

The series produced different engine setups capable of delivering horsepower from 748 to 1,113. Don’t expect to see much inside the car, it’s been stripped to the bare essentials to reduce weight and increase speed. It’s safe to say this car is for true professionals.

Going fast can be exciting and only certain vehicles can allow you to reach the pinnacle. They don’t come cheap, but they make up for it in insane performance levels. If your pockets are deep enough, and you love speed, the cars above should satisfy you.