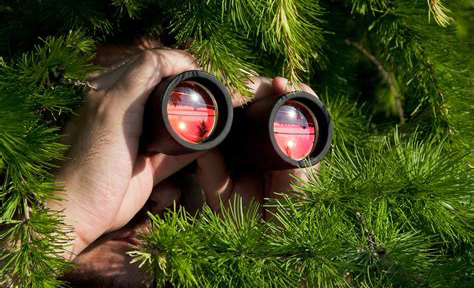 The power of your story can be enhanced or destroyed by how you present it. This presentation is the Character’s Point of View. There are three major points Of view and a host of others that are not often used. Here’s a quick rundown of these three points of view and three minor ones.

1) First Person: This view uses “I” and “Me” in its narrative form. The character is actually telling the story. We only know what they have seen, and they have to be present in all of the critical scenes in the story.

Example: I didn’t kill Margaret, but the cops were still looking for me.

2) Omniscient Narrator: Here we have the exact opposite of First Person. With this point of view, we see and hear everything, both relevant and extraneous. The choice of what to include is yours. You can be as lengthy as Proust or as sparse as Hemingway.

Example: George knew full well who killed Margaret, but he wouldn’t tell the cops. Mrs. Gray would have known he talked, and she would have had him killed.

3) Limited Third Person: Your story is clean and unobstructed by fancy language. Readers get to steep themselves in the lives of the characters. The writing is natural and transparent, making it easy to read. This method is the most common style of writing for fiction.

Example: George could only watch as Spike and Cuddles entered Margaret’s house. Sitting behind the steering wheel, he got the shock of his life as he heard the shots ring out.

A) Limited Third Person, Light Penetration: We can observe only the actions from the viewpoint character when they are present. The narrator is neutral.

Example: George waited patiently in his car for Officer Baransky to show up. The street, devoid of other vehicles, still made George nervous. The rear passenger door opened, and a dark figure slid into the seat. “Evening, George,” said the figure.

B) Limited Third Person, Deep Penetration: We experience things as if seeing them through the character’s eyes. Items are related as the character thinks they are happening. The character’s thoughts become ours.

Example: George was shocked that the voice was that of Ezra, Mrs. Gray’s first assistant.

“What are you doing here, George?” asked Ezra.

George calmed himself before answering. Despite his fear, he found his voice. “Had a fight with Naomi. I had to get some air.”

Ezra stared at him, even though George couldn’t see his eyes. “Hunh. Are you sure it wasn’t to talk to that cop I saw walkin’ this way a minute ago?”

C) Limited Third Person, Cinematic View: In this Point of View, we see things only as the characters see them. It’s like looking through a camera lens. The difference here is that we don’t get inside the character’s head. We only see and hear what they see and hear.

Example: As George waited for the bullet to come through the back seat and into his gut, the door opened. Two hands reached in and pulled the surprised Ezra out of the car. Someone took his place.

“How ya been, George,” said Baransky.

Take your pick of these points of view and have fun with them. Experiment with one you haven’t used before.